So Long And Thanks For All The Cheques

Well, this is a blog post I never thought I'd write. After eighteen years as a "professional" writer, I've decided to call time on my writing career. It's been a very tough decision but I do feel it's the right one although I guess only time will tell.

If you've read any of my previous posts, you'll know that I've been really struggling with my writing, particularly over the last couple of years. I've tried everything I could to get it back on track. Stopping for a while, starting again, just writing one day a week, changing direction, reading books and articles on "writer's block".... In the end, I've just been finding it too stressful and not really at all enjoyable. Also I haven't earned any money or had anything to really celebrate with my writing for so long now that the motivation isn't there to keep making myself do it on a regular basis any more. It's like Ray Bradbury says in his excellent book Zen In The Art Of Writing, "If you are writing without zest, without gusto, without love, without fun, you are only half a writer..."

Now I know my reasons probably sound pretty pathetic. No one ever said that writing or getting published was easy and trust me, I'm well aware of that saying about the only difference between a successful writer and a non-successful one is that the successful writer didn't give up. And in fact I haven't given up. I intend to carry on writing in one capacity or another until I am physically or mentally incapable of doing so. It's just that I don't want to do it as a career any more. To quote Olin Miller..."Writing. The hardest way to make a living, with the possible exception of wrestling crocodiles."

I think it's interesting that since I made my decision, coincidentally (or not) just a few hours before my closest friend passed away from cancer, I've been able to return to my main writing project, my non-fiction MBS book The Emptiness At The Edge Of The World. It's almost as if the pressure is off now that I'm seeing writing as just a "hobby" and not something I have to force myself to do and as a result I'm actually being more productive, not less.

Of course, whether I can ever be satisfied if writing is only a hobby and not my main career remains to be seen. I just know that it's time to let it go and follow my latest dream which (much to my great surprise!) is to be a successful crafter and designer. All the original passion and excitement, together with the drive and the ambition that has sustained me throughout most of my writing career, I now have for crafting and designing so it will be interesting to see where it takes me.

I'm really hoping that once I've got over the guilt of "giving up" writing, which incidentally I don't expect I'd be feeling if I was giving up being a greengrocer or a lorry driver, I'm hoping I'll fly. Whether I can earn a living from crafting and designing, any more than I could from writing, remains to be seen. But then I've never yet made a career decision based on financial considerations and I'm not going to start now, even though I'm about a week away from not being able to buy any food or pay all my bills!

To end with a quote from Mark Twain. "The happiest person is one who works all year long at what they would otherwise choose to do on their summer vacation." And for me that choice is no longer writing.

(It is my intention to keep this blog account open and to post from time to time but if you want to have regular updates on how things are going (and see samples of my craft work) you are probably better off keeping an eye on my crafting blog which can be found at www.melissalawrencecrafter.blogspot.co.uk) 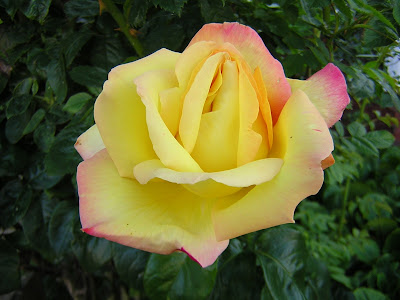 
Postscript: As (for some reason) this post seems to have been viewed by more people than virtually all the rest of my posts put together, I feel I should reassure any future readers that I did go back to being a "proper" writer again - I'm very pleased to say! You can find out how and why in this blog post http://www.melissalawrencewriter.blogspot.co.uk/2014/09/back-on-horse.html