When Your Characters Come For Tea

OK, so I'm not going to beat myself up about how long it is since my last blog post. Suffice to say that I promised you an update on how my non-fiction book with the strong link to the hit TV series Downton Abbey is progressing and here it is.

Wow. What a lot has happened in the last few weeks. My proposed book is based on a collection of letters and postcards I inherited from my maternal grandmother which were written to her between 1919 and 1933 from a close friend called Ethel North. Miss North was lady's maid and companion to Lady Winifred Burghclere, elder sister of the 5th Earl of Carnarvon (the one who discovered Tutankhamen) which is where the Downton link comes in.

Anyway, in January, I started the process of putting together a proposal to send to literary agents and this has involved a great deal of typing, a great deal of research for footnotes (thank you Google!) and a great deal of background research on the Carnarvons, the Burghcleres and Ethel's back story. Fortunately I'd already done a lot of research on my family history so not so much to do there, I'm pleased to say.

Enter a palaeographer. No, I didn't know what one was until I realised I needed one but it turns out to be someone who specialises in deciphering old handwriting. This has been invaluable anyway but the palaeographer pointed out one very important detail which may have thrown the whole project into disarray. Yes, I own the actual letters but no, I don't own the copyright. Ooops.

Once I'd got over the shock (and the irritation with myself for not realising this in the first place) it was straight down to trying to find out just who did own the copyright and whether or not they'd give me permission to publish the letters. After all, they couldn't do anything with them, could they?

First of all, I downloaded a copy of Ethel's will from the Probate Search Service, then I set off on the trail. I'd already made some effort before Christmas to trace any living relatives based on an article that had been written to my local paper in 1992 by one of Ethel's nieces. Eventually I was pretty sure I had a name. If my hunch was right, it was this lady's daughter and a great niece of Ethel's. One evening, about two weeks ago, I found a name in the phone book and summoned all my courage to dial the number.

A female voice answered which was an encouraging start. I knew I'd only have a moment or two to convince the person at the other end that I wasn't trying to sell them something. I managed to get the words out and....it was her!

Not only that but after talking on the phone for two hours and then on Facebook for another hour, we discovered that we both went to the same primary school, the same secondary school and the same tennis club! Although she had some knowledge of the Lady Burghclere connection, she had little idea as to the full extent of her great aunt's amazing life. I, in turn, was delighted to discover that three of Ethel's nephews were still alive (hopefully with some memories to share) and to learn a great deal more about Ethel's parents and five sisters.

Have you ever heard of that writing exercise where you to "invite" your characters round for tea and quiz them to find out more about them? Well, last Saturday afternoon I did that for real! OK, so it was the descendants of some of my "characters" but it was still a totally amazing and very surreal, not to mention informative experience. It was also rather like meeting a long-lost family I didn't know I had.

And as for the copyright issue? Well that's ongoing but hopefully it isn't going to be a problem. In the meantime, I'm still plugging away with the typing and the footnotes. It's already been quite an incredible journey. I think there is much more to come. 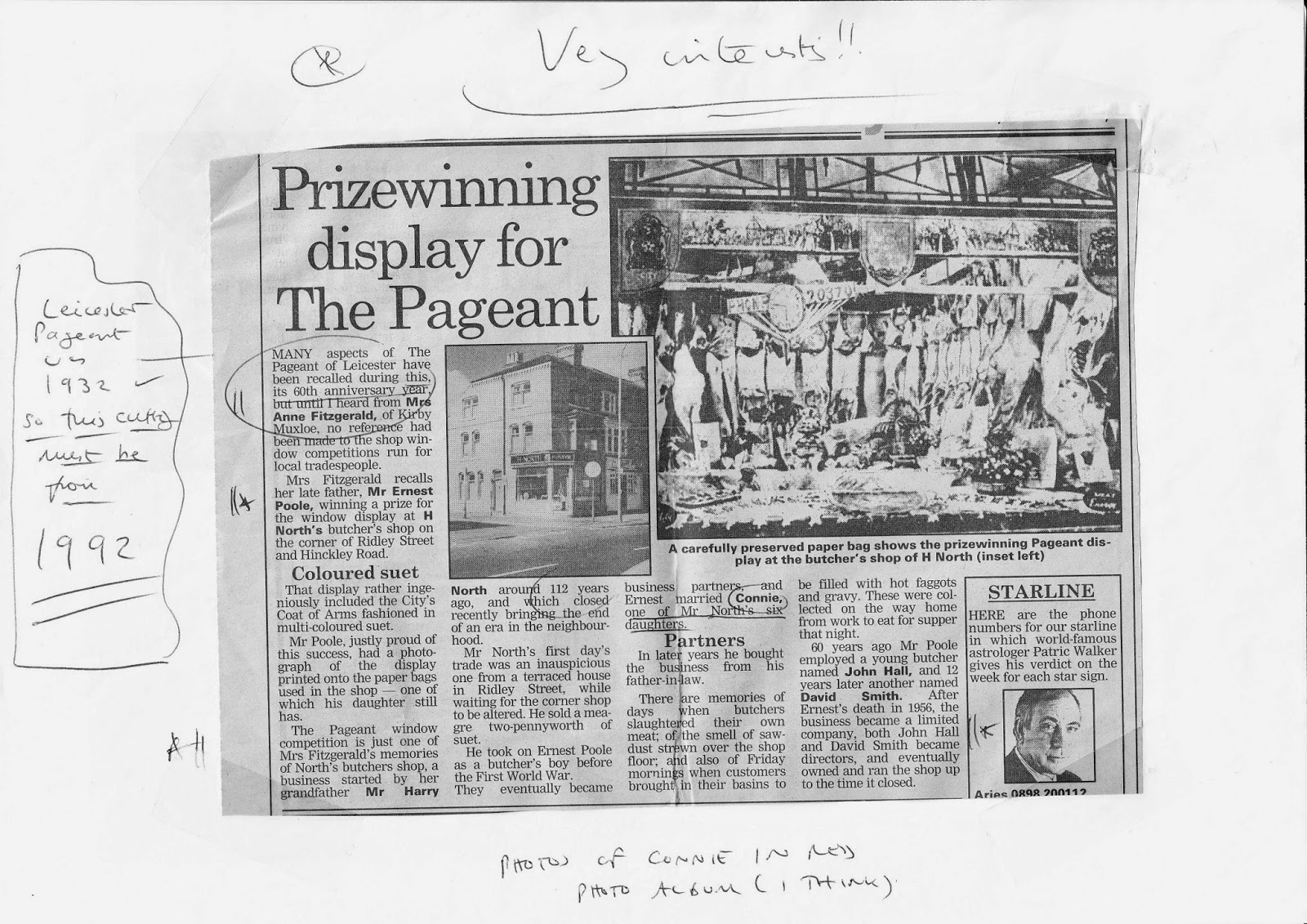 The article from my local paper that helped me find Ethel's great niece.
Posted by Melissa Lawrence at 21:10 2 comments: