Why I've Decided Not To Self-Publish

July is the cruellest month or maybe that's April, I forget. But then I've never let the truth get in the way of a good introduction. Either way, July was not exactly the most productive writing month I've ever had and I didn't even set any writing goals, let alone achieve any.

The unexpected and intense heatwave was the biggest factor as I don't cope well when the temperature goes over twenty degrees, let alone thirty. Even night working, which usually makes things more manageable, didn't help. It was like trying to write in a pressure cooker but one which had twenty-seven different species of moths and other creatures of the night living in it.

Also, on a much more serious note, my closest friend who I've known for over forty years, found out that she only has a few weeks to live, instead of the sixteen months we originally thought. That was a massive blow and as seems to happen these days, writing went out of the window (along with all those moths) although crafting still carried on, regardless.

Before  the cruel summer kicked in, I  made a decision that I wouldn't self-publish my collection of teen poems (or anything else for that matter) after all. As you will see from previous posts, I was quite keen to try this for all sorts of reasons but I also had major doubts about whether it was the right thing to do. In the end, an excellent blog post by the writer Sue Moorcroft on what she felt about self-publishing, helped me to arrive at this conclusion.

Anyway, here are the reasons why I've decided not to take the SP route at the moment.

1. As mentioned before, there are quite a lot costs involved (editing, cover design etc) if you want to make a really professional job of self-publishing and stand out from the competition. Given that the price of most e-books is pretty negligible, I felt that I'd have to sell an awful lot of copies even to cover my initial costs.

2. There is a lot more to self-publishing than just downloading your manuscript from Microsoft Word to Amazon. As Sue says, you need to get the formatting of your book spot-on and again, I didn't feel that the amount of effort (or expense if I paid someone to do it for me) would be balanced by the number of copies sold.

3. Whichever way you look at it and this is just my opinion, it is "selling out". I don't feel strongly enough about any of my completed books that I'm so desperate to get them published, I'll settle for what I consider to be second best.

4. I knew that I was never going to feel satisfied, after waiting for so long (don't ask!) to get a book published, if my first success only came with self-publishing.

5. And on that note, having waited so long, it seemed to me that I can't give up now. Yes, it's getting harder and harder to find a traditional publisher to take your work even if you have an agent but that doesn't mean it's impossible. So I'm hanging on in there!

Whether I've made the right decision, only time will tell but since I made my decision, I've had no regrets at all about it which tells me I've probably done the right thing. Now all I need to do is wait for it to get cooler so I can pick up the trail for a trad publisher again. I'll let you know how I get on. 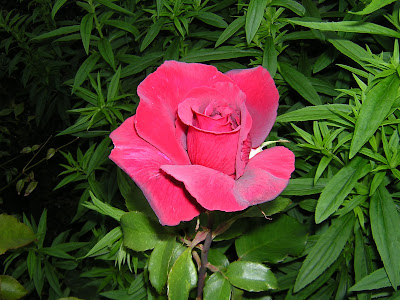