The Life That I Have

Happy Valentine's Day! I hope your "significant other" remembered the card and flowers or at least offered to clean the bathroom.

I think I could probably count the number of Valentine's cards that I've received during my life on the fingers of a very small hand. (Ahhhh....) I've made plenty though and I will now unashamedly plug my crafting website http://www.melissalawrencedesigns.com/ where you can find exclusive handcrafted cards, stationery and gifts for all occasions including Valentine's Day.

Anyway, back to receiving Valentine's cards. One I'd completely forgotten about (maybe that's why no one sends me any!) was sent by a male friend at university. He actually sent one to all my flatmates as well so I don't think it really counts. I came across the card the other day and I was struck by the beauty of the poem he'd written inside. Knowing it was pretty unlikely that he'd penned it himself, I looked the poem up on the internet and discovered that is generally attributed to a man called Leo Marks who says in his autobiography that it was written following the death of his girlfriend. The poem came to prominence in the 1958 film Carve Her Name With Pride where it was used to great effect by the actress Virginia McKenna as a Code Poem.

I wanted to use the poem in some artistic way to commemorate Valentine's Day and decided to include it on a scrapbook page featuring a photo of my paternal grandparents dated 1916. They were childhood sweethearts and the photo was probably taken just before my grandfather left to serve in France. Fortunately, he made it back and they married soon afterwards. I also included a little pressed leaf from their family bible which has the words 'France 1917' written underneath.

The Life That I Have (as it is generally known) may not be the most "literary" and technically brilliant poem that was ever written but the repetitive words and the emotion behind them are incredibly poignant, especially when used in the context of someone possibly facing death. It also seems like a good choice for Valentine's Day and is certainly a vast improvement on the usual mush!

If you want to find out more about the poem, there is a useful article at http://www.telegraph.co.uk/telegraphtv/3460867/Virginia-McKenna-recites-The-Life-That-I-Have.html 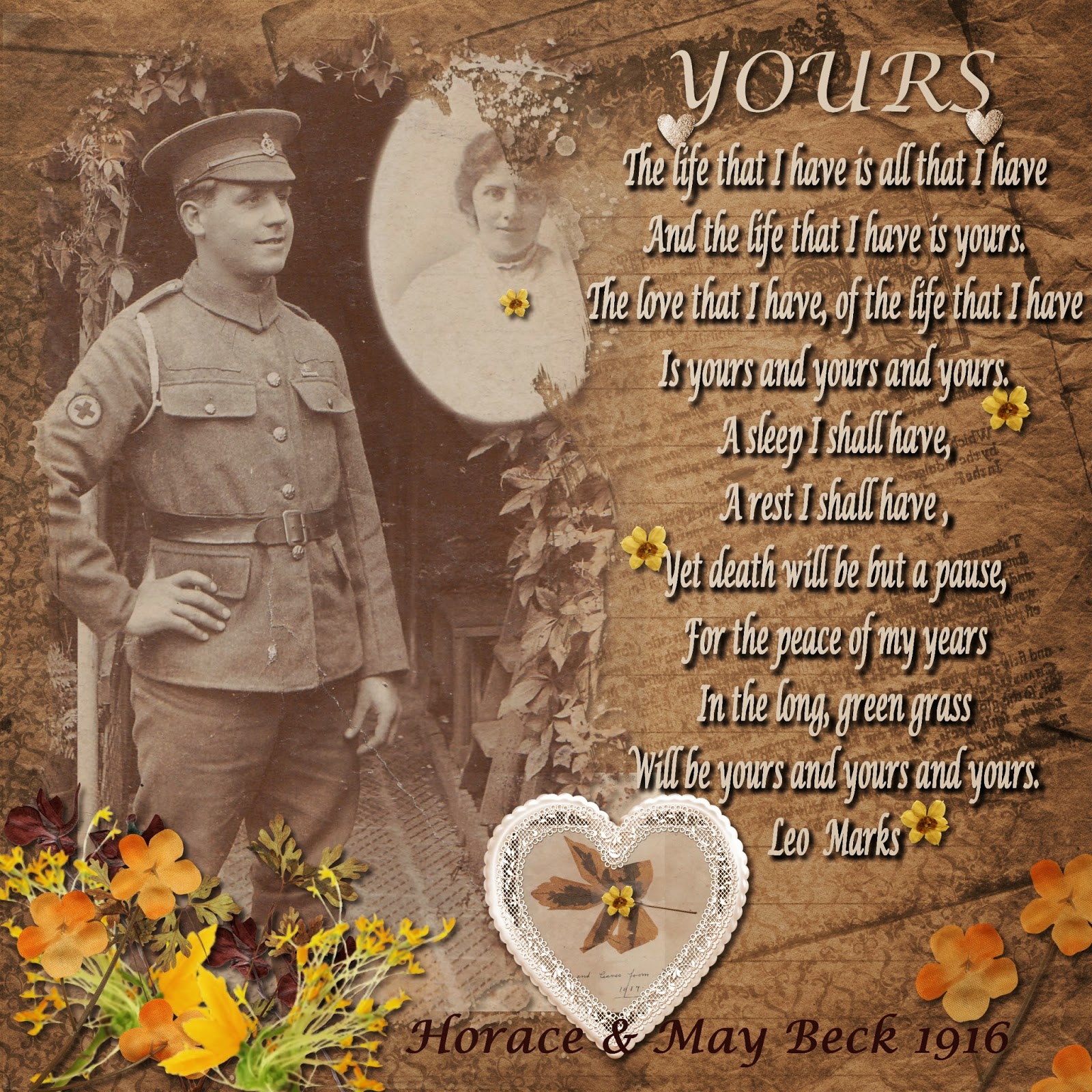