Are you having a relaxing Sunday afternoon or a busy one? I don't know what it is about Sundays but I always find it harder to "kick-start" my working day on a Sunday more than any other day of the week.

Last time I blogged about how to cope if you are waiting to hear back from an agent or publisher. I did try to take my own advice (honestly!) but it wasn't that easy. However, I did eventually get a response, although not quite the one I was hoping for.

The good news is that the agent I approached thinks that my book based on the letters I inherited from my grandmother and with a strong link to the TV series Downton Abbey, could be a potential bestseller. (He actually used the word 'bestseller' twice in the email he sent me!) Of course, I do appreciate that this is only his opinion but I was still pretty chuffed, to say the least. The bad news is that he didn't feel able to represent me, so it's back to the Writers' & Artists' Yearbook to continue my quest.

Also on the theme of 'waiting', I finally had a poem published in a small press magazine almost exactly three years (yes, three years!) to the day since it was accepted for publication. I know that the wheels grind very slowly in this industry but that did seem quite a long time. However, it's so long since I've had anything published that I didn't really mind. Also, it is my 40th published poem which feels like a bit of a milestone.

I don't very often share my poems on my blog but when I realised I was writing this post on Father's Day and that this poem happens to be about my late father, I decided to make an exception. It's so long since I wrote it that I can't really remember how it all came together but I think I wanted to have a go at writing a 'prose poem' as I'd never really tried one before. The subject matter came from the thought that I was (and still am) very puzzled by the fact that having had our kitchen invaded by swarms of ants for many years, after my father died very suddenly ("my eggshell day"), they stopped coming and have never come back since, even though it is now over seven years since he passed away.

So here is the poem.

The ants came in their hundreds
the year before you left. It was as if
someone banged a huge ant drum,
calling them towards half-opened bottles
of lemonade, lids kissed with rinds
of blackcurrant jam and ancient cubes of sugar.
They took scant notice of the plugs I put down,
cotton-wool balls soaked in peppermint oil,
making the kitchen smell like a giant polo mint.
But since then, not one single ant has graced me
with its presence. It's as if they saluted
your cigar smoke, scuffed their feet across the sticky
kitchen floor and tossed their antennae carelessly
in the direction of my eggshell day. 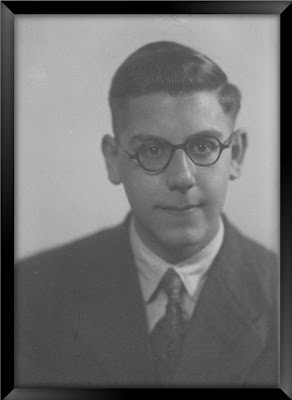